Atelier RZLBD privatises a fun interior behind a nondescript exterior for a house facing a ravine in Toronto.

Rather simple, straight-lined and harmonious with the neighbouring architectural vocabulary, this house in the greenbelt next to the Don River Ravine in East York is framed by a deep trapezoidal site that has a ravine park in the rear, while its first-floor horizontal strip of windows mimics the gentle curve of the street in the front. 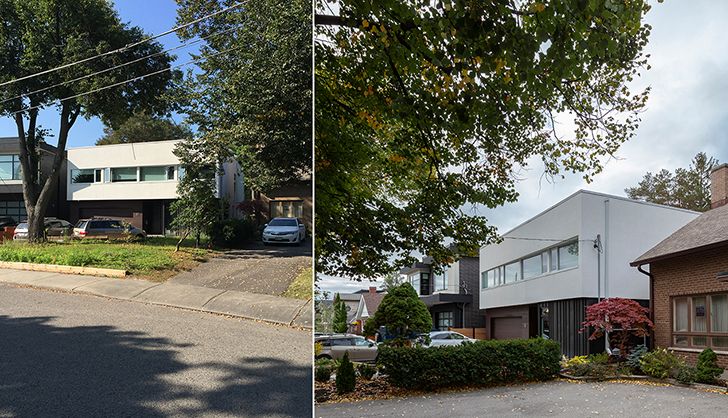 The ground-plus-one story edifice also has a functional basement. While its rectangular façade remains frugal in its details, its interior are an energetic blend of functional and additive spaces viz., a mud room, an office, study and library and an inviting open wooden deck with a lap pool, and an amphitheatre besides the public and private spaces, and perfunctory areas. 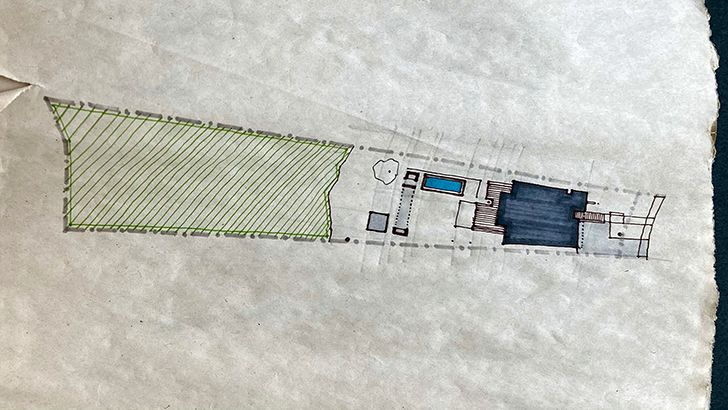 The open plan of the interior comes together at the intersection of two corridors that cross each other perpendicularly at the center, demarcating the layout into four quarters, which are further subdivided according to the programs of each floor. The rear half is defined as a trapezoid, derived from the shape of the lot, which amplifies the space towards the ravine, its view through the double-story glass wall. On the other hand, the front half is defined as a clean rectangle, to subdivide the space rigidly and democratically as in the four children’s bedrooms on the first floor. 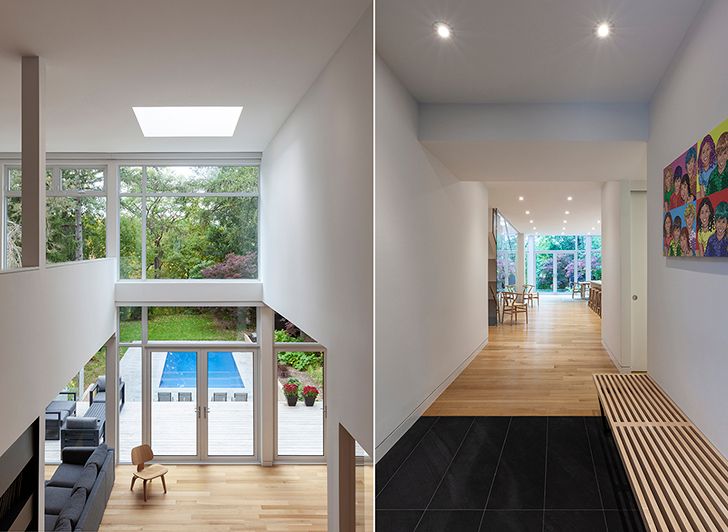 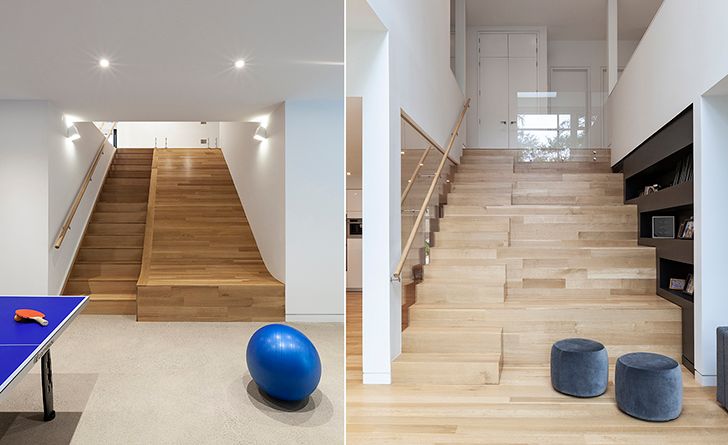 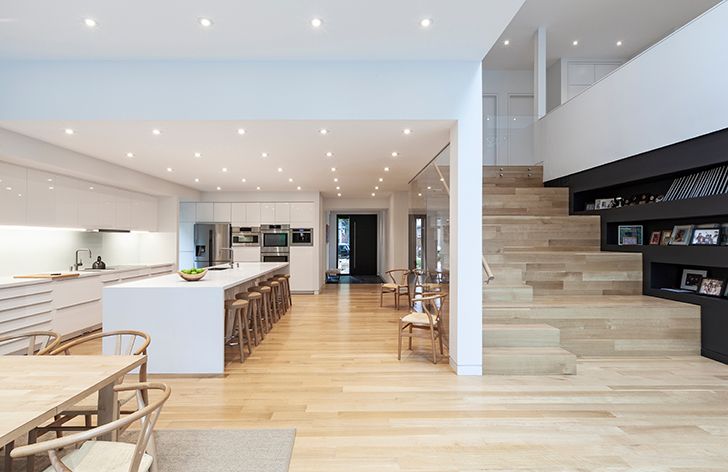 At the intersection of the two perpendicular corridors on the first floor, a double-height space with stair benches facing the ravine acts as an agora. At this gathering point, the boundaries between the first and the ground floors, the ravine and the house, the public and the private are obscured, allowing one to perceive the entire house and the nature simultaneously. 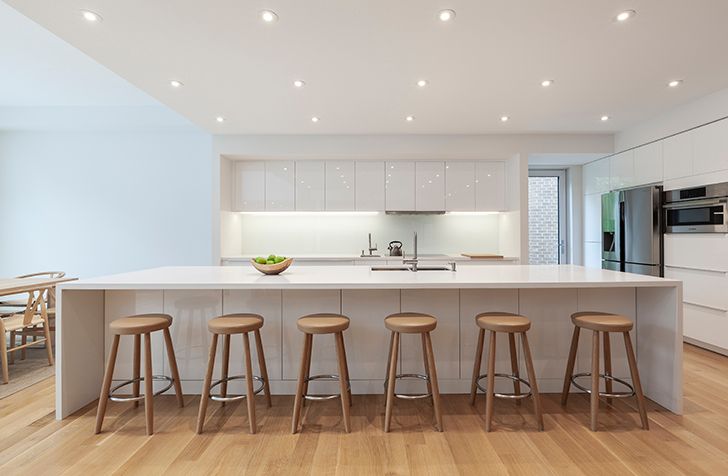 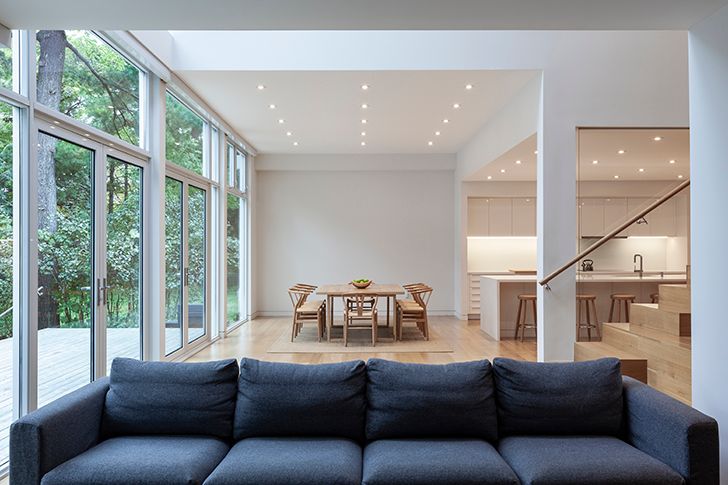 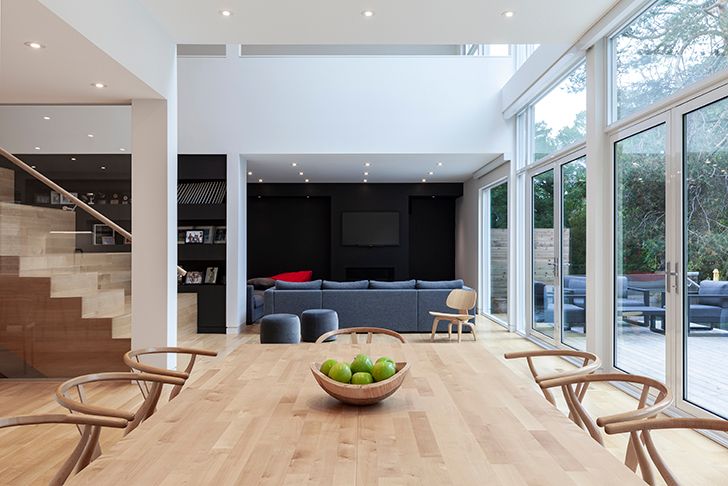 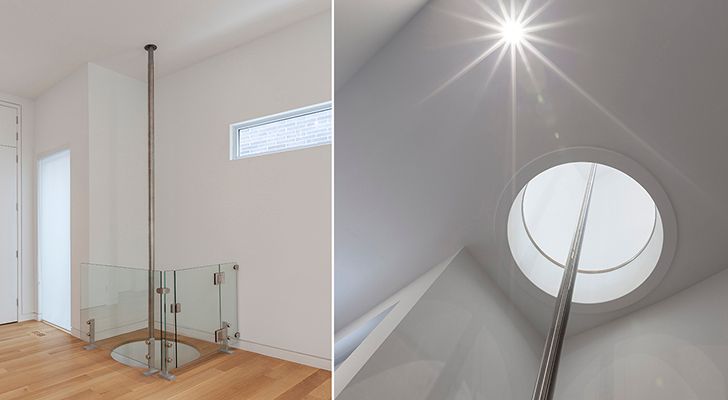 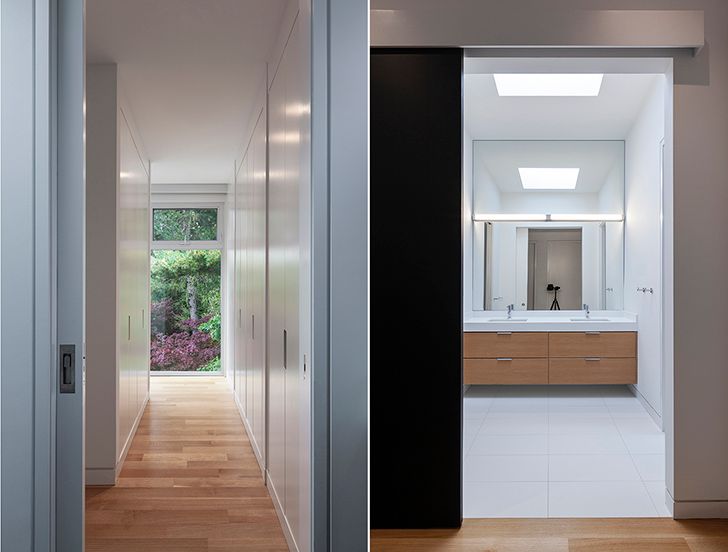 In more intimate moments, playground elements are introduced to suggest multiple itineraries between spaces. Underneath the agora, a wide sliding floor connects the ground floor to the basement, transitioning one emotionally to where one can practice many active hobbies.

At the corner of the study room on the first floor, a firepole offers a secretive shortcut to the mud/locker room and the adjacent side entrance on the ground floor.

Amongst the typical Torontonian houses that lack any sort of interaction with the site and/or the inhabitants, this Fun House realizes playful coexistence between the two. It demonstrates to its adjacent neighborhoods and beyond that a good architecture does not simply occupy but becomes part of and contributes to what was existing.

Foster + Partners unveil the design of the Lusail Towers in Qatar – the environmentally ...
By indiaartndesign
19 hours ago

Shot entirely during a live interaction online, this first episode of Vignettes sets the tone ...
By indiaartndesign
4 days ago

A cuppa shopping: a visual story!

Aisel Architects realise an adaptive reuse exercise, creating a multi-dimensional space in place of an ...
By Daria Sushko
7 days ago

Are shared workspaces going to be the future of office design?

8 Interior Design Trends that will charter 2021!

Technology in Design: The human impact!

Interior Styling Trends: what you can expect in 2021!

Most Loved Projects of the Year 2020!