Team Cosmos Architecture unveil their design for a multifunctional cultural centre that besides being engaging and accessible, promises to narrate a story of dynamic interaction between people and spaces…

In Bosnia and Herzegovina’s Banja Luka, Cosmos Architecture proposes ‘Common Lights’, an iconic congress centre that initiates a dialogue with the people, the city and its culture. More than just a landmark, its architecture curates a shared, adaptable ecosystem strengthened by artistic interests, community engagement, knowledge, history, and nature. 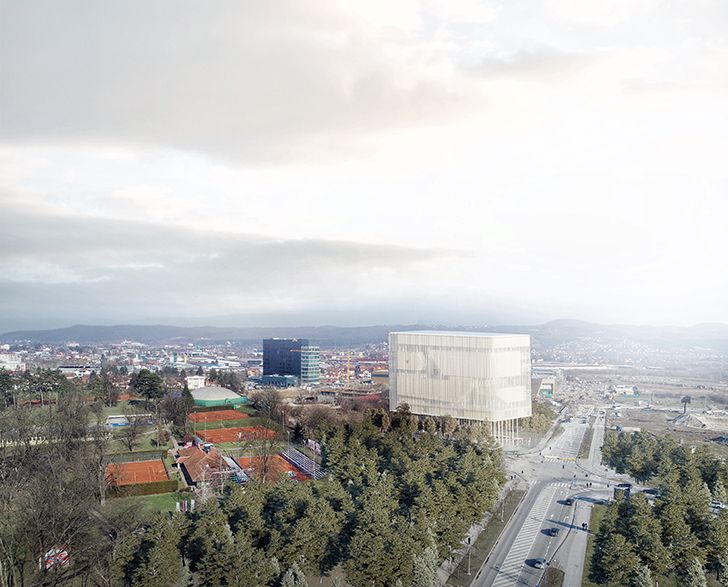 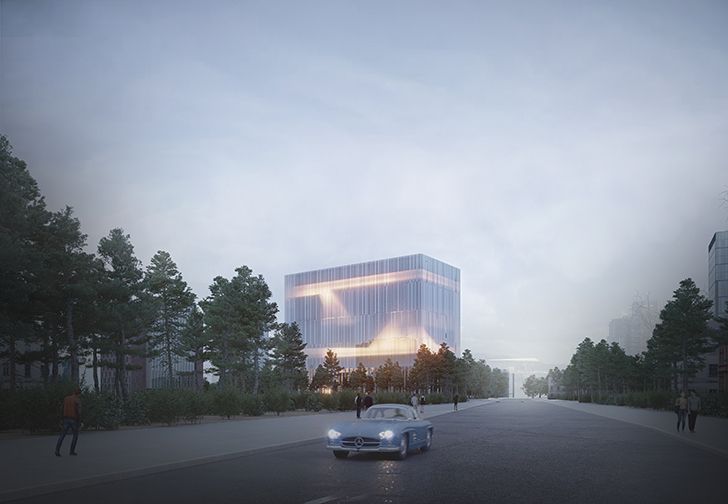 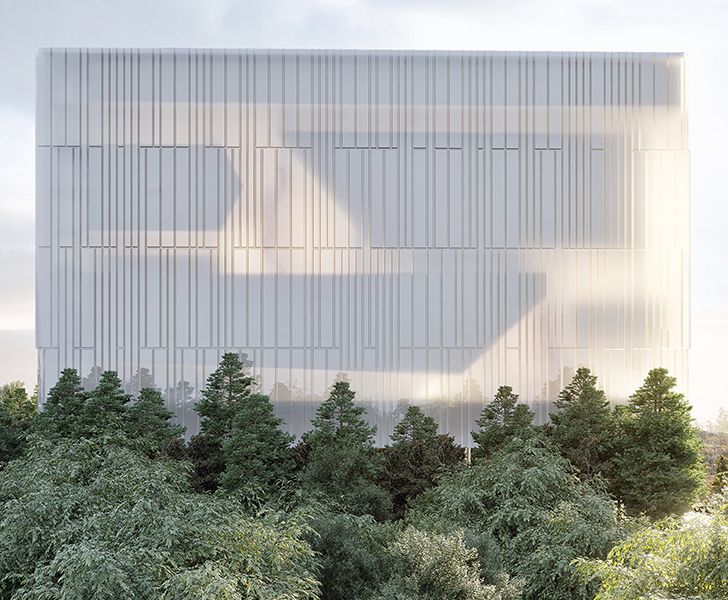 The freestanding urban insert responds to its context, building harmonious relationships with the surrounds. The site’s historical significance renders it a strategic point in the city. The project’s macro and micro spatial structure echoes the past, the building’s ‘open’ character and peripheral greens recalling the former military base and parks.

The rapid intensity of exchange between actions, functions and users adds another dimension to classical urban spaces. Elevating one part of the functional program and lowering the other, the project introduces a public void – a cultural plaza, within and underneath the structure. Its sphere of influence permeates across physical boundaries, regenerating the city neighbourhood and promising a new, hybrid environment. 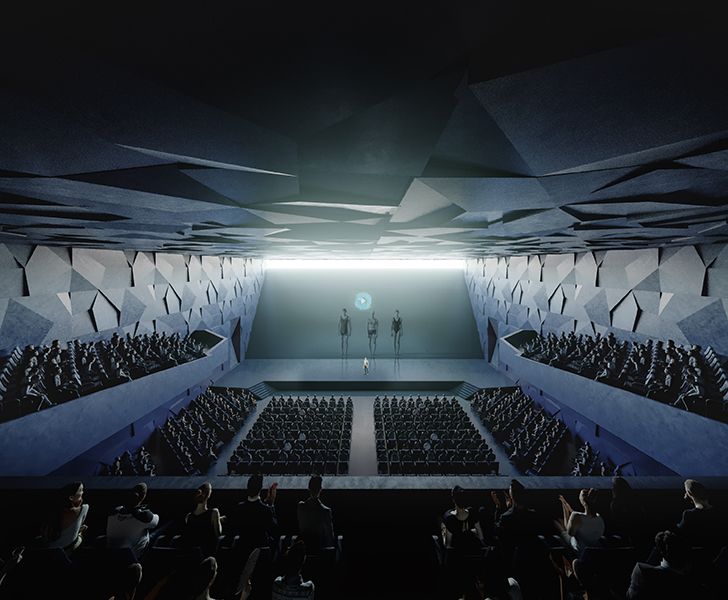 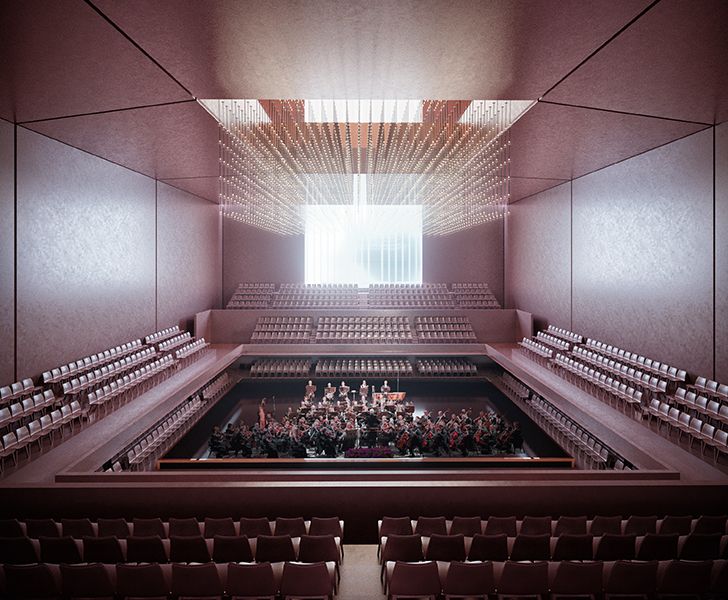 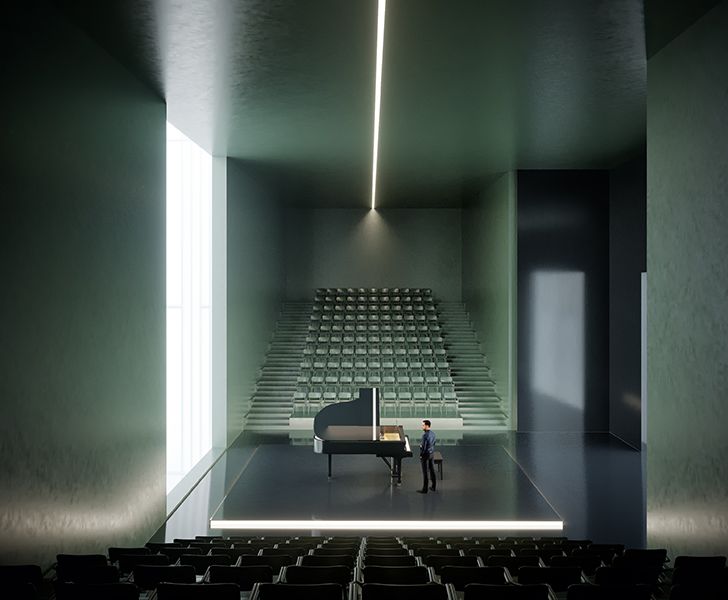 Encouraging social vibrancy while factoring in the future, the design promotes continuous transformation to stimulate innovation, offering flexible open spaces with temporary, interchangeable settings, each hosting a variety of events and activities. An antidote to a predetermined space, this venue eliminates social separation, lends fresh perspectives, and opens new ways of using the public domain.

Inside, a mixed program of artistic productions marks the spaces – concert halls, theatres, restaurants, and a museum. Activities take place in transparent, open areas, allowing social and surprising discourse amidst a cultural context. Staircases and intertwining connections connect the internal volumes in a sculptural aura.  As visitors meander, they experience the space and the heterogeneity it has to offer, right down to its architectural materials, textures, and sounds. 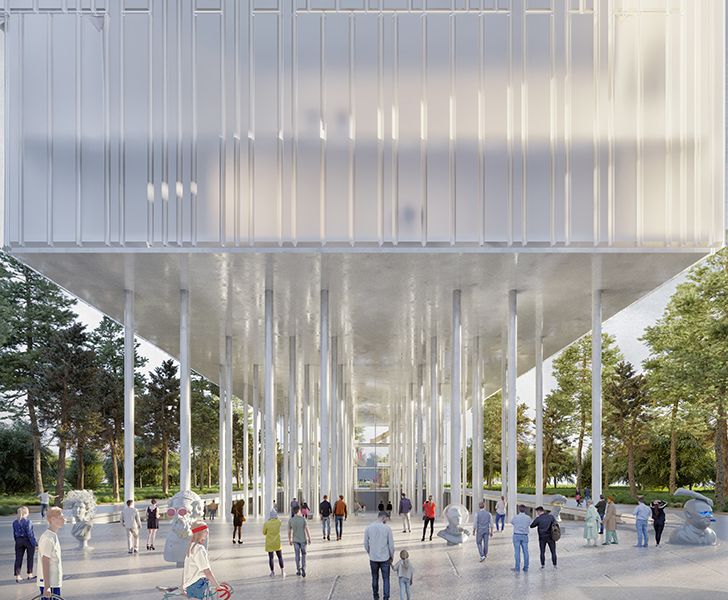 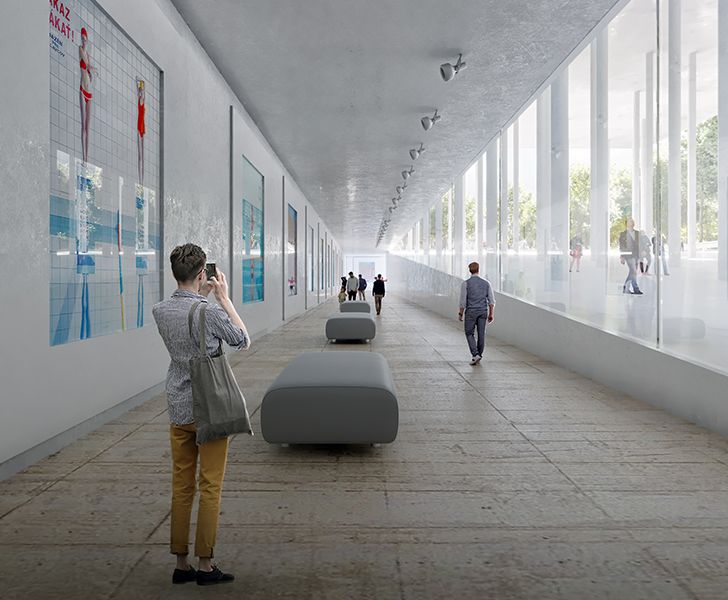 Its sphere of influence permeates across physical boundaries, regenerating the city neighbourhood and promising a new, hybrid environment. 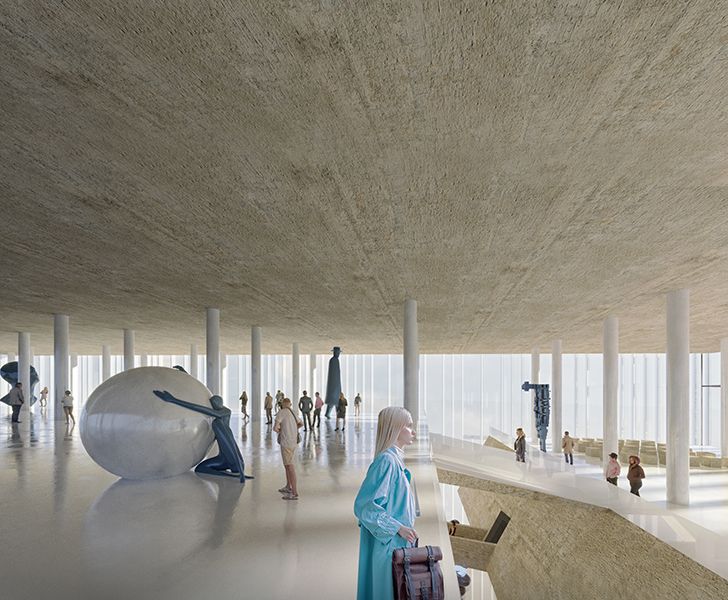 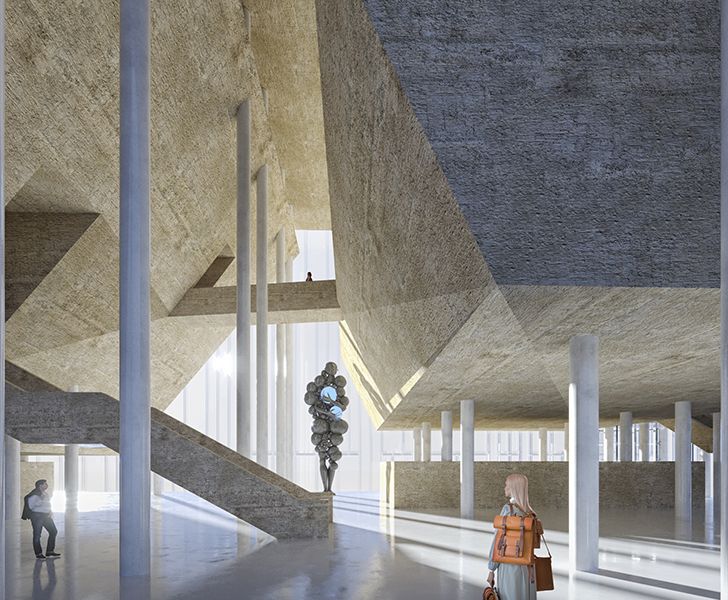 Solid volumes wrapped inside a translucent cuboid, seemingly afloat atop tall, slender columns – this structure represents a new architectural paradigm in more ways than one. 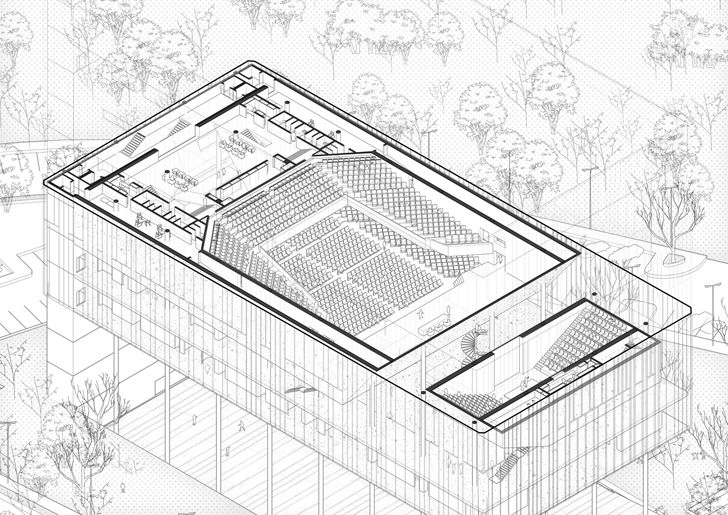 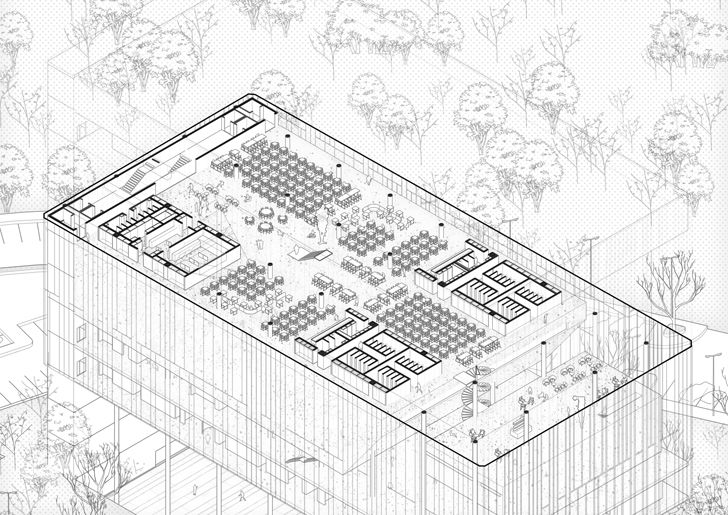 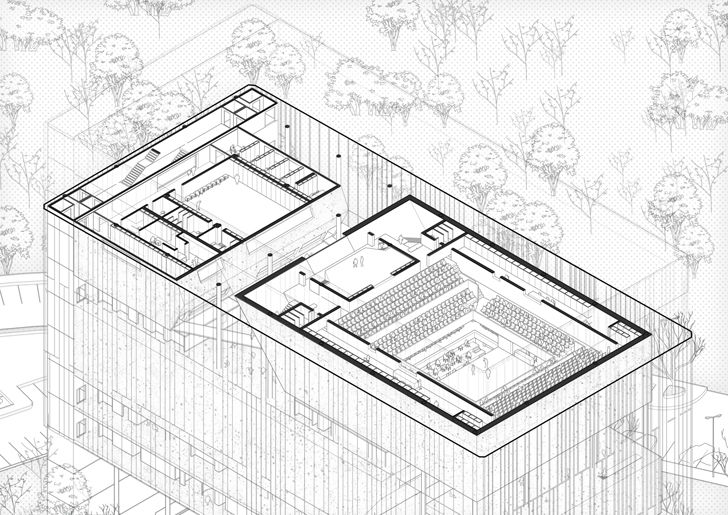 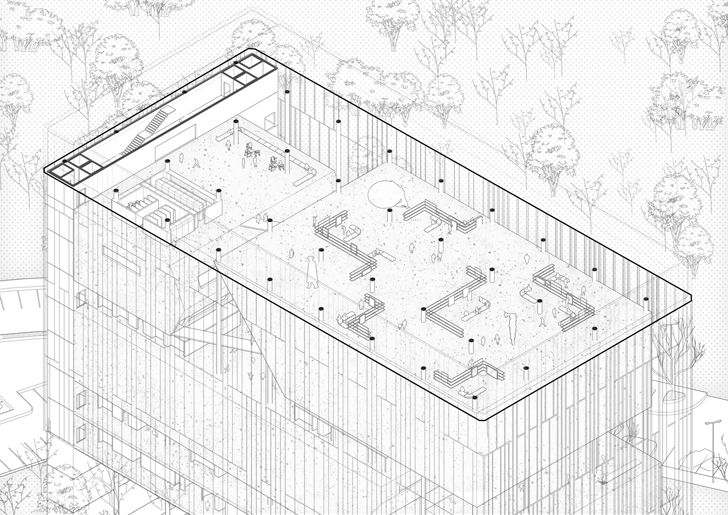 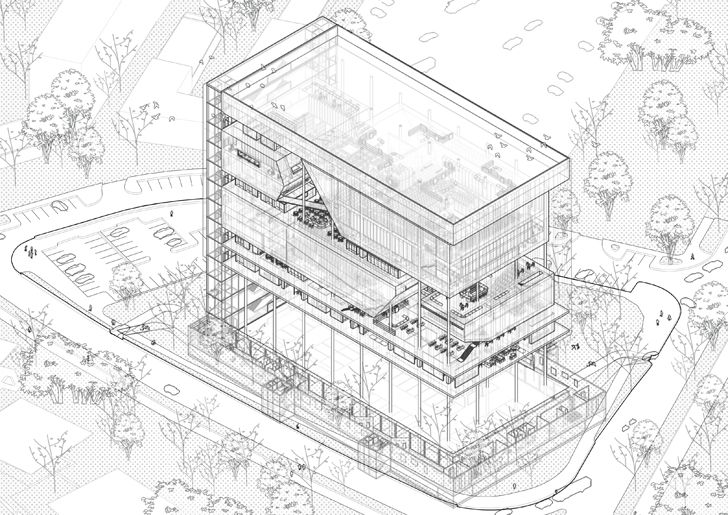 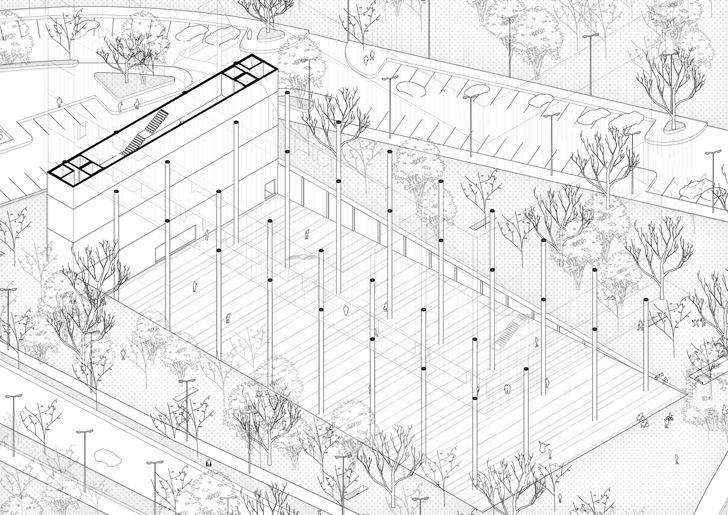 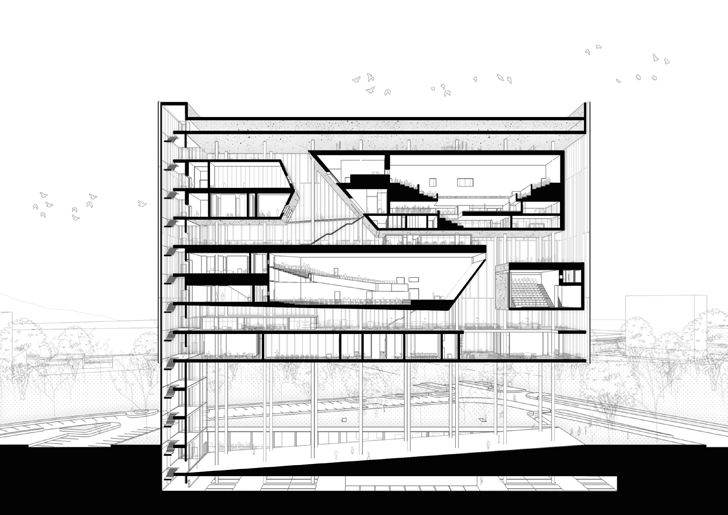 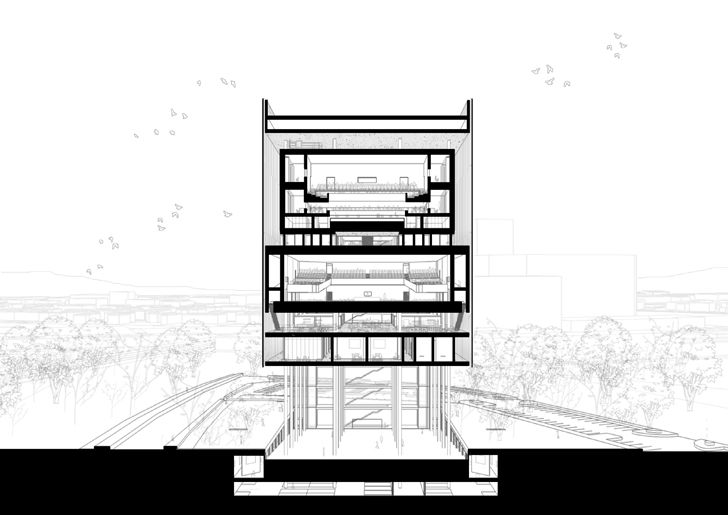 The project has just received the go ahead from the client and will soon start construction.

At the very top of the Schnals Valley Glacier ridge, 3251m above sea level, where ...
By Ar. Vinita Wagh
3 days ago

If you can’t see this ezine correctly click here If you have missed any ...
By indiaartndesign
16/09/2020

Sanjay Puri Architects design yet another climate sensitive building rising to the multiple challenges of ...
By Savitha Hira
11/09/2020

A maximalist design approach for a youthful vibe

Bringing the tropics to Kanpur