Coral reefs, rich and colourful, besides being home to several marine organisms serve other important functions too. Factors such as ocean pollution, acidification and warming have adversely impacted them and continue to do so. 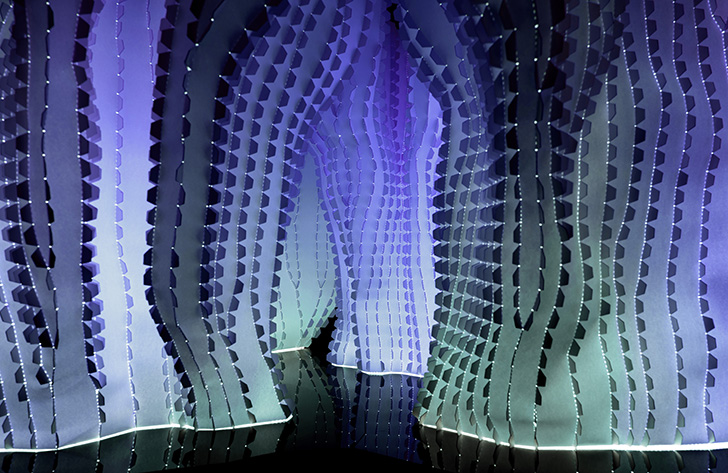 As part of their research, the team at Orproject, interested in understanding how one can bio-mimic their forms and computationally simulate their autogenic behaviour, design a double curved mesh that mimics the growth processes and the forms of corals. By programming a differential-line growth algorithm based on a set of rules and starting conditions that change over each iteration, the team draws a metaphoric parallel to balanced ecosystems and life. 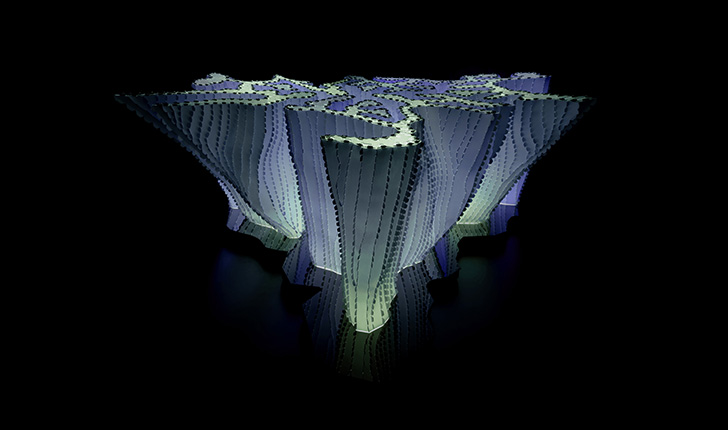 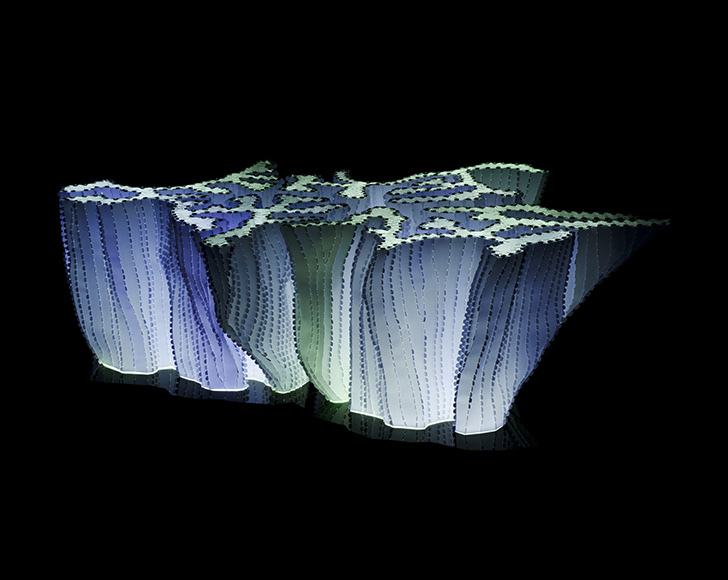 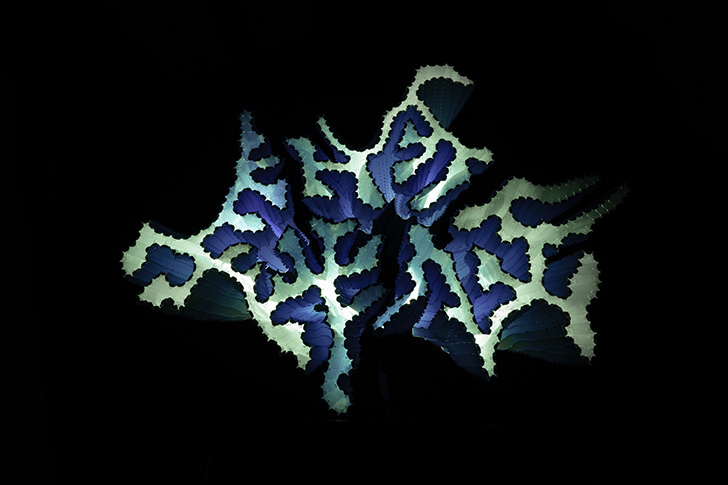 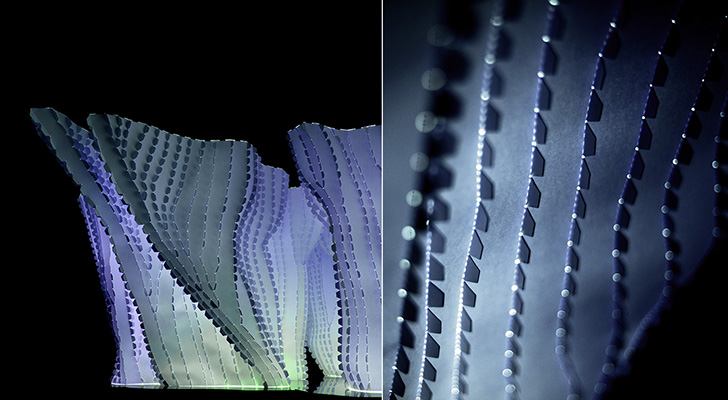 The visually intriguing installation features three coral-like structures made of paper. They are erected using flat laser-cut strips of paper that bend to shape as they connect to each other in a series via adhesive flap joints. A customised lighting system, comprising LED strips, is integrated within. One of the programmed modes enables just one colour to glow brightly for a few seconds and then fade out, in an alternating pattern, almost making it seem like the three structures are breathing through the change in the intensity of the colours. 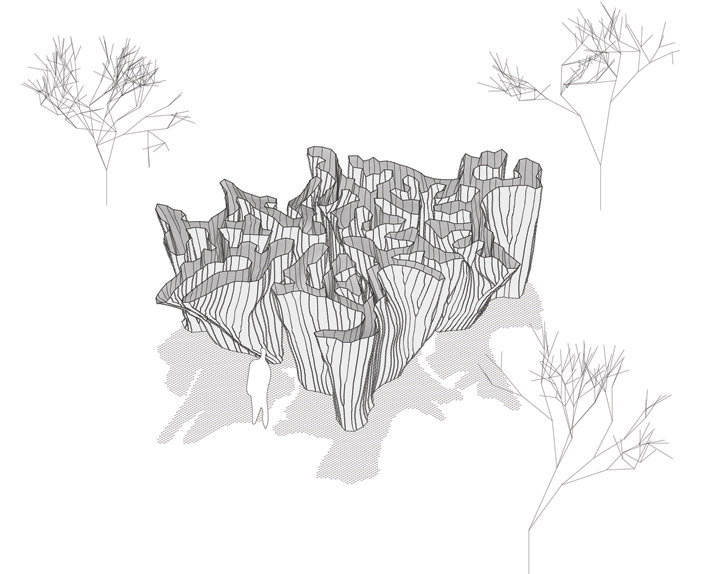 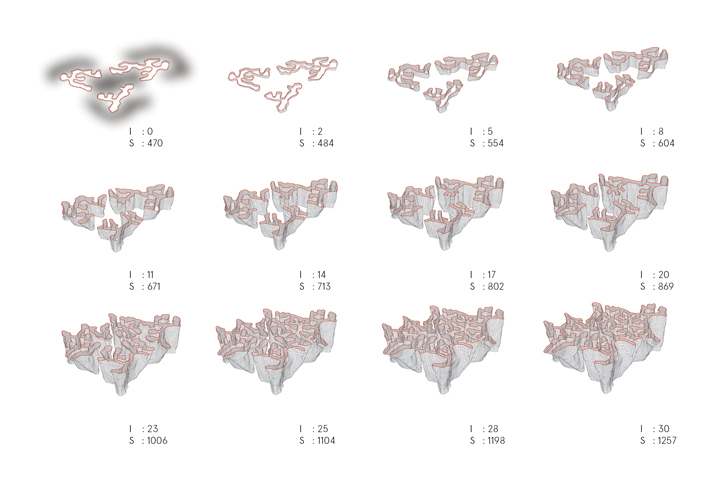 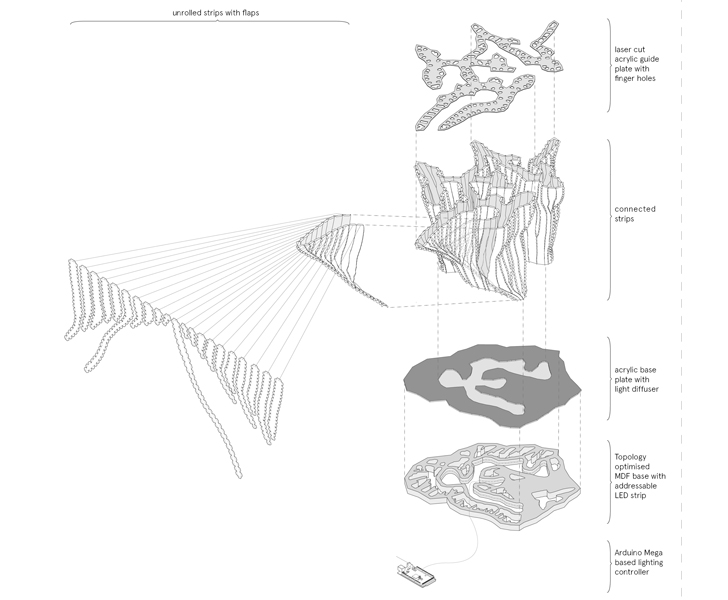 Installations such as these often serve as a powerful medium to generate awareness and initiate discourse on issues that we, as a society, might otherwise overlook, be it social, cultural, or environmental. As an initial prototype, Orproject intends to take this project further using aluminium instead of paper to perhaps install a public pavilion that will engage with the masses to introspect change.

Shayona Consultant carefully crafts this apartment in Ahmedabad, showcasing crisply curated spaces with a discerning ...
By Avni Raut
2 days ago

Wallmakers’ latest project in Kerala is a modest, unassuming two-storey home, which at close quarters, ...
By Avni Raut
4 days ago

New Meljac switches: Toggle is in!